Fight for the outcome you deserve
Put me on your side 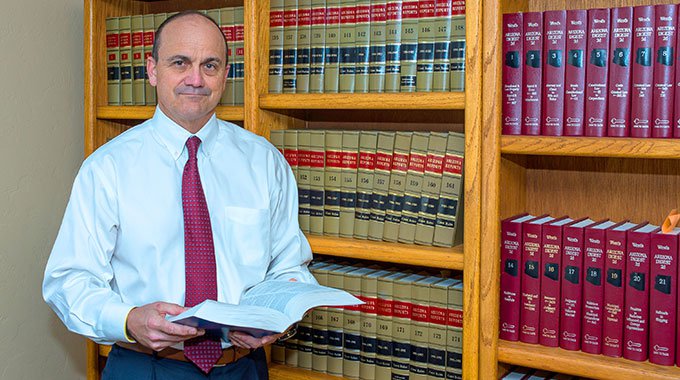 Growing up, I was always fascinated by the justice system. I wanted to understand how it worked, and I wondered whether my competitive nature might make me a good fit for law school. Then, in high school, I got my answer. I was slapped with a traffic ticket and decided to defend myself in the city court. From that moment on, I was hooked; I knew that after graduation, I would go on to become a criminal lawyer.

From Prosecution to Criminal Defense

Since my passion has always centered around justice, I chose to begin my career as a criminal prosecutor. What could be more just than putting legitimate criminals behind bars?

From 1997 to 2004, I acted as a federal criminal prosecutor and won some truly significant, high-profile cases in Tucson (for details, I encourage you to check out my case results page)(link to CRs). Specifically, I was responsible for the trial and convictions of corrupt law enforcement officials and violent criminals in and around the Tucson area.

Although prosecuting the guilty was a fulfilling use of my legal skill set, I recognized that there are many people out there facing criminal charges who could use the help of an experienced criminal lawyer. That’s why, in 2004, I began defending those who are innocent, were in the wrong place at the wrong time, or simply made a mistake. Most notably, I have successfully defended two U.S. Border Patrol agents who were wrongfully charged with murder and two others who were falsely accused of sex crimes.

There’s always more to the story than meets the eye. I listen intently to my clients to understand what really happened.

Whether I’m defending the criminally accused or fighting to prosecute a legitimate criminal, my philosophy always follows one central theme: Honesty. Criminal law exists for one sole purpose, and that is to find and uncover the truth. As a criminal defense attorney, my job extends one step further. Once I know the truth, it is up to me to help you fight for the best outcome your situation has to offer.

When I represent you, you can expect complete honesty and clear advice. I will tell you exactly what’s happening with your case, as well as what I would do if I were in your shoes. That way, you will have all the information you need to make informed decisions.

Because of my vast experience and strong moral compass, I am frequently asked to speak in law classes and seminars. Whenever this happens, it is my sincerest pleasure to pass on my decades of knowledge regarding state and federal trials to the next generation of lawyers.

As my practice has evolved over the years, I have come to represent clients against a wide variety of criminal charges, as well as their corresponding civil charges:

If you or a loved one has been charged with any of the above-listed crimes, please don’t hesitate to give me a call. Initial consultations are free of charge, so you have nothing to lose by reaching out.

Let's review your options before or after a criminal charge.

How to Reach Me